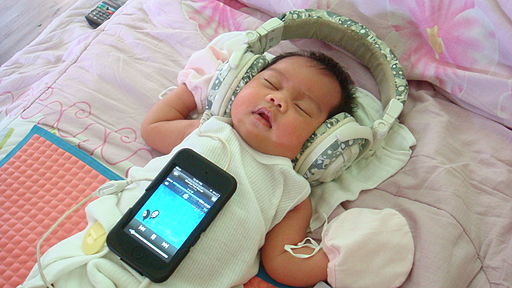 Babies and tablets. The rise of propaganda. Rosh Hashanah dinner. These were a few of the factors that led to the inspiration behind my debut novel, The Apollo Illusion.

I love reading the story behind the story from favorite authors, like Margaret Atwood or Junot Diaz. So when Autumn of Fallen Over Book Reviews asked me to write a guest post on what inspired MY first book, I couldn’t resist. OK, I actually felt special. That’s allowed occasionally, right?

The Story Behind the Story
Everything began in September 2013, when I’d gone to my mom’s house with my boyfriend and sister for Rosh Hashanah dinner. In case that sounds like Elvish to you, Rosh Hashanah is the Jewish New Year, because our calendar goes by the moon (I know, we’re weirdly Twilight like that).

While munching on noodle pudding and roasted chicken, my mom started telling us about a news story regarding babies and tablets. Babies were learning the swiping motion of using tablets before they learned to talk.

Head over to Fallen Over Book Reviews to read the rest of the story! …

C'mon, you MUST be thinking something. Cancel reply