It’s over! It’s all freakin’ over. I always said when the mail stops coming on Saturdays, the world is ending.

And on Wednesday, the Post Office announced it: no more Saturday mail.

I want to thank the Arizona Republic and the Associated Press for publishing the story and letting me know I can now begin preparations to DIE. Just as long as I don’t decompose under a parking lot, like poor King Richard III.

Not that I believe in “The Book of Revelation” (in fact, I’m Jewish), but I’m sure if you dig deep enough—somewhere within its dark pages of death and destruction—you’ll find something about the mail ceasing to deliver on Saturdays.

I am convinced we are only months away from the REAL Armageddon. 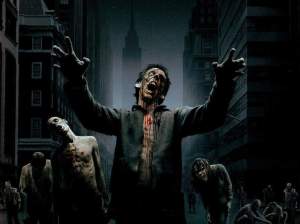 And here are 5 reasons why: