Seriously, I want to know. Because a few days ago, it reached 120 DEGREES here in the deserts of Phoenix, Ariz.

No rain yet, just apocalyptic dust storms. Not even a little tease of lightning. C’mon, monsoons!

Oh yeah … and there’s a black widow living in my garage.

I think God is taking out His frustration on me for not updating Rogue Writer in nearly a month (sorry, y’all). Or if not Him, then the monsoons are holding some preconceived, spiteful grudge. Who knows …  it could be the water I left running in my front yard for TWO DAYS (by accident) last week.

But on another, more serious note …

Whilst talking about monsoons and a hellish drought, I can’t help but also mention the 19 incredibly brave firefighters who died this past week, here in Arizona. Did you hear about them? 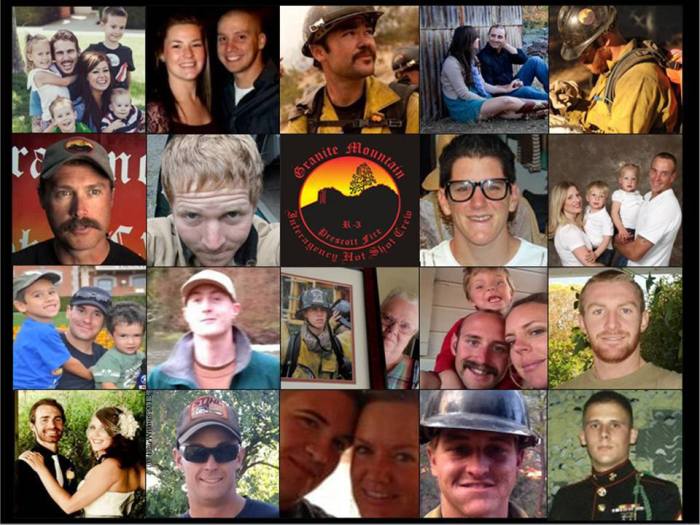 See, I got my start working for The Daily Courier newspaper up there, as a lead education reporter. I also backed up on crime, courts, and the fire department. When I heard what happened, my heart sank, and I felt sick.

Most of these men were in their twenties, a few in their thirties, and one or two in their forties. I want to take a moment to recognize them, thank them for their brave service, and send my deepest condolences to their families.

Every penny of your tax deductible contribution will go directly to the families.

Additionally, donations can be made through the 100 Club or the Wildland Firefighter Foundation.

May you RIP, Hotshots.

C'mon, you MUST be thinking something. Cancel reply